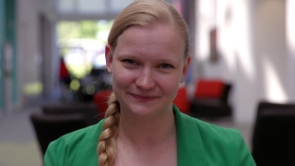 As a consequence, she is closely involved in current discussions and debates around the UK referendum vote on membership to the EU and the process of the UK's withdrawal from the European Union.

Anne is particularly interested in concepts of citizenship in general and the European Union citizenship in particular. Her PhD thesis analyses EU citizenship with the help of an analogous application of a german constitutional rights theory. Her current work focuses on the status of non-UK EU nationals living in the UK and UK EU nationals living in another Member State and how the UK's withdrawal from the EU will impact that status and the EU's constitutional framework.

Anne is currently supervising one PhD thesis as 2nd supervisor. Preferred areas for supervision include, but are not limited to:

Anne has been teaching Public Law in the UK since 2010. She has since widened her teaching portfolio by delivering lectures and seminars at the University of Sussex and Coventry University London Campus in varying courses including English Legal System, Introduction to Law for Business Students and Understanding Law.

House of Commons Exiting the European Union Committee Second Report of Session 2016       – 17 reference to: Four ways Britain could guarantee the rights to remain for EU citizens after Brexit, The Conversation, published 12 February 2017

Lead Academic on creation of EU referendum hub for OpenLearn

Academic consultant for Paxman in Brussels, BBC, broadcast 19 May 2016