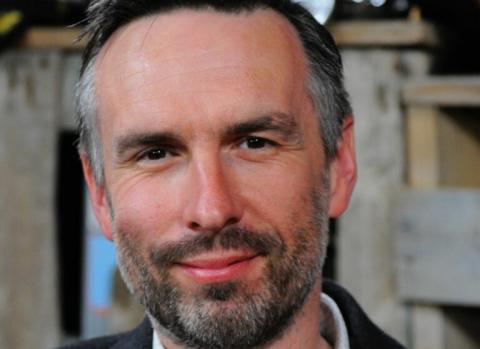 The Open University has recently appointed Hugh McFaul as the new head of its Law School the largest law school in Europe.

He stepped up to the role after serving as acting head for four months and is one of the OU’s home-grown talents since he obtained his own law degree in 2003 through the OU.

It’s fair to say he knows the Law School from the ground up: he became an Associate Lecturer before transitioning to a regional academic, based in the Manchester office, before joining the central team in Milton Keynes.

“It’s a huge privilege to be asked to lead the OU Law School through the next stage of its development. As the first in my family to attend university, and having studied law at the OU, I have direct experience of the transformative power of the educational opportunities we provide.

On his appointment Hugh said:

“I don’t think there’s any other Law School where you would get the opportunity to teach such a wide variety of students. I’ve worked with students aged 15 to 80 and taught bus drivers, dentists, police officers and prisoners.

“Many of my students have succeeded despite mental or physical challenges, or caring responsibilities that would have made it impossible for them to study at a brick university. My students have helped me understand the value of the law degree we offer.”

He also sees the Law School has having an important role to play in fulfilling the social mission of The Open University: “Providing a truly open-access law degree has direct benefits for our students, but also opens up access to the legal profession and promotes a wider public understanding of our legal rights and duties, all of which are important for sustaining our democracy and supporting the rule of law.”

In 2016, he helped found the OU’s award winning Open Justice Centre (OJC) at the Law School, which pioneered new routes for OU law students to promote access to justice in their communities.

And he has been active in leveraging the OU’s expertise in distance learning for the benefit of various national and international civil society partners. This includes a high-profile collaboration with the United Nations in support of a global education initiative to promote integrity, ethics and the rule of law.

In the short term, he will be supporting the rewriting of the Bachelor of Laws degree, which was last rewritten in 2014, and is being updated and expanded to address the post-Brexit legal landscape, as well as changes to the routes for qualification as a solicitor.

This article is republished from FE News under a Creative Commons license. Read the original article.