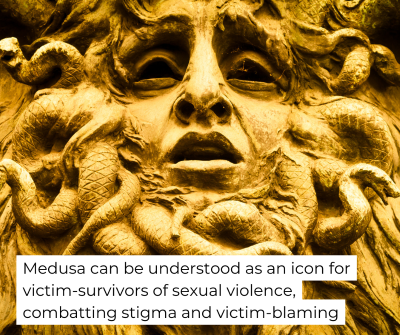 Sophie Doherty lecturer in Law writes why TikTok users have embraced the story of Medusa,

“The image of Medusa is ingrained worldwide in arts and popular culture. You can see her in marble statues dating to the first century to Michelangelo Merisi da Caravaggio's epic painting Testa di Medusa (Head of Medusa) (c 1598), and from Versace's brand logo to Beverley Cross's fantasy film Clash of the Titans (1981)."

"Social media users are now reframing the story of Medusa and are no longer portraying her as a villain."

Why TikTok users have embraced the story of Medusa (rte.ie)