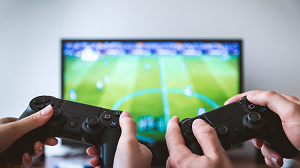 Coronavirus and its impact on traditional sport has only increased the rate at which eSports is growing, whether measured in player numbers, revenue or as a form of popular spectator sport (Conroy et. al., 2021). eSports has traditionally meant playing video games competitively, either online or through a network at organised events (Yun, 2019). At the same time, the dramatically reduced opportunities for exercising in a social setting combined with new technologies has led to a rise in hybrid options such as Zwift, which combine traditional “real world” sports such as cycling with the graphics and matchmaking provided by computer games.

Sport and the law have one crucial aim in common – preventing conduct that crosses the line we draw between fair play and breaking the rules. Sometimes the line can be drawn easily; or indeed literally. Yet many (perhaps all?) sports have grey areas and some athletes have exploited those areas to the full. You could write a book on cheating in traditional sports and indeed some authors past and present have written more than one.

In this article I explore the themes of cheating and online competition as a form of sport. Through the story of our far from exemplary example Edward, I seek to provoke discussion as to what should be considered cheating in the online space and to contest the idea that online cheating is a new, different or distinct form of cheating in sport. While cheating in esports involves novel mechanisms, I seek to demonstrate that the underlying misbehaviour is (almost) always analogous to unfair play in traditional sports.

Edward is disappointed when it becomes clear that Ext1nct1on, the random player who makes up the fifth member of the team, is using an aimbot. An aimbot is a piece of third party software that automatically aims a player’s weapon at an opponent (Liu et. al., 2017). Accuracy when firing a weapon is one of the key skills required to succeed in the game. Professional Counter-Strike players have been caught using aimbots on many occasions. Of course, the use of an external tool not allowed for in the rules is hardly unknown in more traditional sports, as the Australian cricket team has demonstrated.

Edward and his friends use the in game tools to "kick" Ext1nct1on from the game. That leaves the team a player short and after losing a number of rounds Edward suggests that the team exploit a glitch in the way the map has been designed that allows them to see “over” what should be impenetrable walls. Unlike the aimbot, this requires nothing outside of the game as coded, but Edward’s team are reported for cheating. When this happened in a real life tournament, the team involved voluntarily chose to forfeit although it is questionable as to whether any rules were actually broken. Throughout the entire match, both sides have been switching to their knife weapon when running around the map, as this increases running speed. This is seen as perfectly acceptable by all players involved. Much is in the eye of the beholder, and for a more detailed exploration of what is considered “bad manners” in CS:GO see Irwin and Najeed (2020).

Exploiting the inevitable oddities created by the complexity of the code of a computer game may appear to be very different to gameplay in older sports, but there too players have always looked to take advantage of ambiguities or inconsistencies in the rules. Often, what players are doing is not necessarily against the letter of the law and judgments have to be made about what is in the “spirit of the game”, something which is not necessarily the same across different nations. Arguably what the players are doing in Edward’s game is no different.

Week 2: Zwift, boosting and faking it

In week two, Edward decides he's spent too much time sitting at his desk and needs to get in shape. Keen to harness his competitive insincts, Edward sets up his road bike with a power meter (a device which measures how hard he is pedalling) and joins the online competitive cycling app Zwift.

Many of us who play amateur sport (and even some professionals) have fervently wished at one time or another that someone else would do the hardest yards on our behalf. The rise of MMORPGs (Massively Multiplayer Online Role-Playing Games) was credited by many as having allowed for exactly that, as "boosting" became a well-known method of wealthier players essentially paying someone else to play (or more often, to provide an AI "bot") on their behalf. In a genre infamous for the "grind" needed to level up sufficiently to see all of the content available, this was perhaps inevitable. But boosting has become a more pernicious form of cheating in games where players compete more directly (Conroy et. al., 2021). Leaving aside literal false identities, both real and virtual, the idea of cheating as a shortcut to tournament qualification was typified in 2019 when British Cycling stripped Cam Jeffers of the title he won in their Zwift event, after it transpired that he had used a simulator to “ride” enough miles to unlock a particularly fast bike. Jeffers then used that bike to compete in the race where he won the title. As traditional sports shows us, cheating to enter a tournament is still cheating.

Of course, boosting does still require someone, even if that person is merely a piece of computer code, to do the work. Why not go one step further and simply change the record to reflect something which never happened? That is what two other Zwift rider allegedly did, after being accused of editing files uploaded to Zwift that were supposed to act as a way of authenticating real performance. So far, so digital, but taking shortcuts (figuratively and literally) and altering the data has a long precedent in traditional sports.

Alternatively, we could consider this a more specific form of cheating – directly altering an electronic system to ensure an unfair advantage. Of course, that has also happened on one of traditional sport’s greatest stages.

This week Edward mostly played another online first person shooter, Bungie’s Destiny 2. Edward soon finds that he is facing other players who seem to be able to “teleport”, moving from one place to another in an instant, and to occasionally appear invulnerable to damage. Edward is certain that the reason the game is behaving this way is due to “lag” – the inevitable delay caused by data needing to be sent to and received from the computers of all players involved in the game. What Edward suspects, but cannot prove, is that some players are using a “lag switch” – a device which intentionally cuts off their internet connection for a short burst to intentionally gain an advantage from the resulting “lag”. We have already encountered the use of something from outside the game to cheat, but lag switches and “timing” cheats more generally can also be compared to pretending to have suffered some form of disadvantage. Or is it more akin to interfering with the equipment used for the sport? After all, sometimes we applaud doing everything possible to make it harder for the opponent to use their skill or to cause delays at just the right moment.

After initially playing the game on his PC using a mouse and keyboard, Edward is advised by his friend to instead plug in a controller. Using the controller Edward finds that his score improves notably. His friend explains that in order to try to balance the increased precision a mouse and keyboard gives skilled players, the game provides an element of “auto aim” for those using a controller. For Edward, this inherent advantage improves his performance. Again, while this may seem a very specific and technological example, the use of equipment to improve performance is commonplace in sport, as is the debate over when such equipment should be limited or even banned outright.

Week 4: League of Legends and integrity

The end of the month is approaching and now Edward can finally focus on his favourite game of all. As accomplished players of League of Legends, one of the most successful online games of all time, Edward and his team have recently begun entering tournaments. They are still playing at an amateur level but the potential rewards are extremely substantial.

Edward's team manager Erika is determined to win and has no compunction in doing anything that gives her and her team an edge. In the run up to the tournament, Erika spends her evenings watching Twitch streams of other players who have entered the tournament, hoping to see what tactics they might use. Again, what might seem behaviour unique to an online competition is actually directly analogous to traditional “scouting” of opponents. Even if Erika illegally accesses a private stream, breaking the law to spy on opponents is certainly not unheard of in traditional sports. Both eSports and real world sports have also had to deal with spying while a competitive match is in progress.

Erika also distributes the prescription drug Adderall to Edward and his team-mates, telling them that using the drug will help them to focus. Doping in eSports has been a real problem and while some steps have been taken to address it, it is far from mandatory and as Holden et. al. (2019) have demonstrated many problems remain. Of course, real world sports past and present have been rocked by doping scandals and many still suffer from a lack of systemised drug testing.

In the event, the Adderall does not seem to help as Edward and his team-mates lose their first three matches, making it almost impossible for them to qualify from their group with just two matches left. Edward is approached by Francine, one of his opponents for the next match. Francine’s team needs to win to qualify and she offers Edward £200 to ensure his team loses. Edward takes the money and plays extremely poorly, ensuring that his team lose the game. Demoralised and demotivated, Edward’s teammates are in no mood to prolong their suffering and the whole team plays extremely badly in the final game. Again, both match-fixing and so-called “tanking” are problems that traditional sport has grappled with for many years.

So when was Edward the victim (or the perpetrator) of cheating? When were the rules broken and when were they merely bent? And what does this mean for the distinction drawn in the existing literature? Online game cheating is relatively unexplored by researchers (Duh and Chen, 2009) and many attempts to classify it treat the phenomenon as unique in the way it occurs in eSport, as opposed to traditional real world sports (see for example Yan & Randell (2005)(2009), Smith (2016)). As I have sought to demonstrate, my own view is that examining “digital” cheating separately from cheating in “real world” sport unnecessarily limits insights that have been developed over the history of scholarship as to fair and unfair play. I hope to explore how insights into cheating in either online or real world types of play can be applied more generally in my future research.

Fred Motson is a Lecturer in Law at The Open University Law School. Fred has written academic texts on, inter alia, contract law, advocacy, negotiation and the law of tort. He has a number of articles awaiting publication, including articles focused on vicarious liability in tort and the legal status of meteorites as a matter of the law of property. Fred has a particular interest in Sports Law and is hoping to commence PhD study in 2021 with a focus on the use of technology in sports officiating.