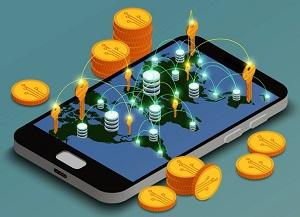 In this two-part article I speculate on the possibility of ledger societies as outgrowths of existing ledger communities underpinned by distributed ledger technologies (DLTs, of which blockchains are a type), and particular forms of ritual practice that DLTs provoke in users.  At the heart of existing ledger communities such as Chainlink and Dogecoin is a need and a fundamental desire of participants to engage with alternative methods of information coordination and processing to unlock, and make ever more agile, financial and market systems that might otherwise risk, as Emile Durkheim warned, escaping the embrace of producers (quoted in Beniger, 1984, p.11).

In the greatest traditions of technological innovation, distributed ledgers have captured the attention of public bodies and private enterprise alike as part of a wider free-market and financialization agenda, and increasingly, it would seem, create fresh links between the two that lead me to believe that the ledger society, as, among other things, a hyper-agile market economy, is on the horizon.  To that end, DLTs signal a reorientation of global norms in trade, finance, legal services, etc., which speak to what James Beniger called the ‘crisis of control’ gripping the modern offline world, in turn driving societies towards efficient, networked ecosystems (1984, p.11).

Notwithstanding advanced digitalised nations such as Estonia, I don’t believe there are cohesive ledger societies presently in existence, and especially not at a nation-state administrative level.  Rather, large and growing numbers of discrete ‘ledger communities’ of self-selecting stakeholders exist online, represented by native currencies or ‘tokens’, built around limited, specific, and often highly idealistic and ideological aims and objectives.  Importantly, such communities encourage participation through ritual practices that, at once, achieve fundamental technical requirements of information verification whilst creating fealty and loyalty to the community.

There are two important factors to note here.  First, existing communities show that scaling the technology to cover nation-sized societies is difficult for both technological and social reasons.  Organizations such as the Libra Association (now renamed Diem), the Facebook-led enterprise, are experiments in scaling the technology in ways that trigger contestable and highly provocative political outcomes.  But the still unfolding story of Diem is one largely of back-tracking and failure of the objectives it set for itself to create new economies on a global scale.

Second, DLTs have captured the attention of public bodies and private enterprise alike, and increasingly, it would seem, create opportunities for novel links between the two.  The attention paid to DLTs by governments in the UK, EU, and US is testament to the fact that DLT-based public-private partnerships across a range of sectors will increasingly come on stream in the coming years.  If we do not usurp the technology in the meantime, of course, by other more powerful technologies or ICT software and services, most notably quantum computer systems.

As change agents in global norms, distributed ledgers at once continue and amplify the role of the humble ledger that Max Weber saw, in double entry bookkeeping, as foundations of capitalist rational organization (2002, p.362).  The rational organization distributed ledgers offer also fits an absence of law in prescribed digital territories, governance models, and forms of interparty transactional online conduct - including, self-imposed control, imposed control, or auto-poetic control as a merging of the two.  What the World Wide Web Consortium (W3C) call ‘entities’ – defined as ‘a thing with distinct and independent existence, such as a, organization, or device that performs one or more roles in the ecosystem’ – are expected in a ledger society to adopt ledgers as the absolute verifiable source for a wide variety of credentials.

Echoing anthropologist Victor Turner, ledgers answer a call from burgeoning digital communities to mobilise and organise resources, ‘and the necessity for social control among members of the group in pursuance of these goals’ (1969, p.132).  ‘The dream of magical control has never been exorcised’, as writer Sol Yurick claimed (1985, p.168), and stakeholders of distributed ledgers looking for a means of streamlining inter-organisational processes are convinced by the strong verifiability of data within a perfect state of post-trust (Hileman and Rauchs, 2017, p.16).

Garrick Hileman and Michel Rauchs maintain, ‘the ledger gives participants the assurance that everyone is storing, seeing, using, and processing the same data as everyone else’ (2017, p.16); an all pervasive, magical experience of perfect, networked harmony.  In ledger societies, citizens, data subjects, or entities need no longer trust nor identify with (or be identified by) traditional legal or bureaucratic systems of registration.  Instead, the fragmentation of central control structures makes entities active, complicit, and accountable participants in unitary processes of verification that combine data and information self-care, compliance, and socialisation modelled on market and business efficiency benchmarks.

Victor Turner spoke of the abolition of the ‘minutiae of structural differentiation’ in domains of economics and politics, which liberates ‘the human structural propensity’ and gives it ‘free reign in the cultural realm of myth, ritual, and symbol’ (1969, p.133).  And, ‘regardless of how declarative ritual authorities sound or how imperative they act’, argues Ronald Grimes, ‘all ritual is performed in the subjunctive’ (2011, p.83).  With distributed ledgers, what I call rituals of verification involves the subjunctive processes of demanding, commanding, or hoping for the liberation (or decentralisation) of entities from centralised and centralising structures and thus also the classical bondage of social and political economy.  To be a verified and verifiable entity is to collapse person, organization and device into one, harmonious function of the agile market ecosystem.

Emerging processes of verification make the general adoption of distributed ledgers a neoliberal capitalist strategy.  This may be considered a shift that contrasts with the anarcho-capitalist and high libertarian imaginary surrounding the technology since the birth of Bitcoin, but I don’t believe the shift has been all that significant.  To understand the concept of ledger societies and the rituals of verification they engender is already to account for the influence of neoliberalism in the design of and motivation for the technologies.  The rapid absorption into the strategies of state-backed private enterprise of a post-state politics of libertarianism annexed to DLTs is no surprise.  Neoliberalism has been waiting for something like DLTs to emerge for forty years.  Now that the technology is here, it is being warmly embraced by government enterprise consortia around the world.

Neoliberalism dictates that a diverse spectrum of formalisms and norms are ripe for constant and compulsory challenge through logics of market exchange.  Against this backdrop, neoliberal thinking expects technologies to facilitate the ubiquitous practice of "disruption" (or "barbarism" as Bernard Stiegler would have it (2019, pp.3-9)), the need to supplant, debilitate or annihilate one’s competition from the market.  But for the most rudimentary “boilerplate” conceptions of formal law instituted by distributed ledgers (smart contracts for example), the finer points of law’s regulatory and injunctive command are all but lost to the techno-mysticism of hallowed “ecosystems” intent on disruption.  Law, regulation and governance are all, therefore, ripe for disruption.

Disruption fosters belief in an all-encompassing technological solutionism that risks what Stiegler calls ‘the destruction of social systems by the technical system’ (2019, p.37).  The neoliberal twist is that the destruction of social systems happens whilst stakeholders believe, categorically, that the opposite is true.  Disruption is good.  Empowerment of an entity living in a decentralized state of post-trust in which the social glue of trust is no longer necessary, is, therefore, to stakeholders a key measure of a ledger’s value and success.  I don’t believe distributed ledgers lead to a ‘loss of reason’ as Stiegler says generally of disruptive technologies, but a transformation of reason by repeated verification, objectification, and calculation supplanting, by incremental steps, the prior inefficiencies of communicative and computational capitalism.

Over fifteen years ago, David Harvey described the neoliberal ethic of maximising social good by maximising the reach and frequency of market transactions (2005, p.3).  Decisions in the global marketplace, according to Harvey, rely on technologies that can create, accumulate, transfer, analyse and store information under the goal of maximisation on these two fronts (2005, p.3).  General characteristics of ritual associated with specific technological use within neoliberalism points to this ethic of social good, and the emphasis on maximisation, as examples of, what Ronald Grimes calls, actions elevated to ‘sacredly held values’, with actions further ritualised through repetition that inscribes them ‘in community and/or self’ (2013, p.194).

Technologies capable of achieving the stated neoliberal aims of maximisation Harvey describes have long existed as instruments and ritual objects.  James Beniger, for example, locates the technological and economic origins of the information society in the longue durée of the Industrial Revolution.  During which time innumerable technologies have, at once, powered programs for social good and provided the material culture of rituals deifying innovation, efficiency, and enterprise.

The promise of ledger societies, as a new normative phase in information's evolution, advances neoliberal constructions of social good by inculcating entities with the assurance that everyone is storing, seeing, using, and processing data in the same way as everyone else.  Hence, a ledger society is foremost a collective memory, an archival effort amongst atomised entities producing myriad data.  It is a cybernetic system, which, coupled with machine learning, forms the basis of an extensive and expansive neural network (Sgantzos and Grigg, 2019).  Importantly, it is the generality and pervasiveness of the technology underpinning the society that, echoing Max Weber’s critique of bureaucracy, enables a new machinery of control to flourish within the society.

The generality of distributed ledgers and their significance to corresponding general concepts of control are directly proportional to the functions of the protocol, network and application layers of the distributed ledger system.  Kevin Werbach summarises those functions in terms of blockchains as two primary value propositions: ‘avoiding dependence on central actors and creating universal truth among untrusting parties’ (2018, p.507).  Similarly, Hileman and Rauchs describe ‘shared control over the access to and evolution of data’ (2017, p.14).  They continue:

Blockchains can provide clarity around asset and data ownership by creating a complete, tamper-resistant record of ownership changes. Network participants can consider the blockchain as the authoritative data source of ownership claims. A participant can ‘own’ the recorded asset or data in question when controlling the associated private key. This means that the owner is in complete control of the asset or data; they cannot transfer it without the owner’s explicit consent. (2017, p.14)

We can simplify the functions still further by highlighting the fundamental, pre-digital ledger function of distributed ledgers as methods of recording data and information.  For James Beniger, the ancient link between methods or mediums of record and the concept of control is necessary for understanding information societies.

Inseparable from the concept of control are the twin activities of information processing and reciprocal communication, complementary factors in any form of control. Information processing is essential to purposive activity, which is by definition goal directed and must therefore involve the continual comparison of current states to future goals, a basic problem of information processing. So integral to control is this comparison of inputs to stored programs that the word control itself derives from the medieval Latin verb contrarotulare, to compare something “against the rolls,” the cylinders of paper that served as official records in ancient times. (1984, p.8)

In part 2, I discuss how today’s technologies and the drive for innovation from private and public sectors alike, and in the field of DLTs in particular, supports ritualization and disrupts ‘cybernetics of adaption’ (Rappaport, 1971, p.72) within societies by rapidly overthrowing existing networks and systems. 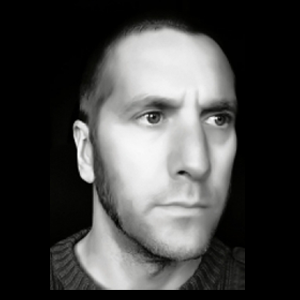