Another angle to COP26 - the role of the activist lawyer 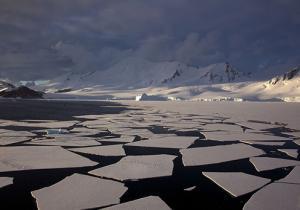 Gillian Mawdsley, Associate Lecturer in Law, is based in Glasgow and is attending COP26 as one of the chosen representatives of The Open University.

As the COP26 conference is taking place in Glasgow, we are correctly focused on its aims with regard to seeking a global solution to tackling the climate emergency. Some of those attending the conference may however have the specific intention of protesting publicly to draw attention to the issue of climate change and the need for action and that action now.

Freedom of assembly (Article 11 of the European Convention on Human Rights (ECHR)) links to freedom of expression (Article 10 of the ECHR) as it applies to protests, marches and demonstrations, counter-demonstrations, press conferences, public and private meetings. It does not protect intentionally violent protests. The state cannot interfere with the right to protest just because it disagrees with the protesters’ views. Objection from the state is not possible because it is inconvenient, it causes a nuisance or it may lead to acrimony among various parties. Reasonable steps should be taken by the state authorities to enable protests to take place and to protect participants in staging peaceful demonstrations from disruption by others.

It is, as ever, in law, about the balancing of respective interests.

As part of our series of COP26 blogs, I thought that it might be interesting to consider the motivation, and responsibilities in relation to the role of the activist lawyer. The term “an activist lawyer” is, of course, undefined. My context here is to refer to these lawyers who undertake responsibility for representing those involved in protesting when they face arrest and possible prosecution by the state.

Here, in Scotland, for COP26, of course, such prosecutions if they arise, will fall under the jurisdiction of Scots criminal law. There have been, to date, fewer than 50 arrests made. Please note that the presence of blue uniformed UN officials dominate at Cop26 – as the actual blue zone is under UN control – with only the UN being able to invite the police in if there is or were to be an incident.

The responsibilities of these activist lawyers are useful to emphasise the principles that underpin the practical application of one of the Open University’s law modules, namely, W360 Justice in Action. That module requires students to undertake practical pro bono work and to consider how to define certain key concepts – those of social justice, legal values and professional identity as they relate to the law in action. Some students use their studies on this module as an exercise in helping to refine what type or area of law that they may like to go on to practise after attaining their degree.

For those considering a criminal law career, I wonder if they or others have stopped to consider how activist lawyers get involved in the first place in defending the clients. There are definitely different motivations to consider. Fundamentally, it is, as we teach on W360, about representing the best interests of their client. If the lawyer’s ethical principles do not allow that to be achieved then, because of their lack of support for the cause, no doubt a solicitor might not seek to get involved with that client or indeed professionally accept instructions.

As an angle on COP26, for interest and for the wider perspective of those studying law, I spoke with a Scottish activist solicitor, Clare Ryan to see how and why she undertakes this type of work.

In response, Clare outlined that she had gained her direct legal experience from representing clients involved in protesting at Faslane, an anti-nuclear permanent peace camp in Scotland on the Clyde which has been occupied continuously since 1982.

Her view was that it was important to stress for those involved in such protests, that their legal rights and access to justice are well established and respected under the existing criminal law. These rights are just the same as for any other defendant, whom she may seek to defend. Her role is to ensure that the client has the right to legal advice and in due course, legal representation in court.

She recognised that the type of client may well differ from those whom she may find conventionally appearing at our criminal courts.

Protesters at Faslane and elsewhere such as at the earlier G8 summit and indeed, now, at COP26, may well reflect a rather unique and different background; their motivation is to protest, and to raise awareness of the issues.

They tend to have a rather different perspective from other criminal defendants. They may be well educated with a professional or retired background, believing passionately in the rights of their cause. They may represent disabilities groups. (That accorded with my own experience, where I was involved in the prosecution of a number demonstrating over the development of a local motorway in Glasgow. I found that they comprised international protesters who undertook professional protests across the world. That group had obtained a large number of convictions from all sorts of areas of the world.)

Do not forget the principles of social justice. The work of her or their legal representation may be legally funded if protestors fall within the categories of work where legal aid can be obtained. However many may well seek to represent themselves. They want to use their own voice in court.

She felt that those arrested do not always plead not guilty – but where they do, they may well end up convicted of a criminal offence in Scotland that can comprise a breach of the peace or a contravention of section 38 of the Criminal Justice & Licensing (Scotland) Act 2010. Other possible offences can include assaults, police obstruction as well as vandalism.

Sentencing, following conviction, may well comprise a fine, admonition or an absolute discharge. The latter disposal may be hard to obtain but Clare has managed to do so. This is in circumstances where the judge considers the nature of the crime, the defendant’s personal circumstances and the public interest to be such that no conviction and its consequences should be recorded. Think please of your own future legal careers if you are activists in your own right – an absolute discharge may well be a disposal to be sought.

That led her onto considering exactly why the defendant has undertaken that action in the first place. It is in effect a form of civil disobedience which comprises recognised resistance without violence. It is not recognised as any legal defence to the commission of any crime. Steven Barkan, an American sociologist, encapsulates the central issue for the activists. When the defendant pleads not guilty that:"they must decide whether their primary goal will be to win an acquittal and avoid imprisonment or a fine, or to use the proceedings as a forum to inform the jury and the public of the political circumstances surrounding the case and their reasons for breaking the law via civil disobedience."

Lord Hoffman outlined the crux of the matter for judges relating to sentencing. That issue lies squarely with the judge. They decide whether or not to impose punishment. They consider whether it would do more harm than good. The defendant, having been convicted of a crime, has no right not to be punished. “It is a matter for the state (including the judges) to decide on utilitarian grounds whether to do so or not." Sepet (FC) v Secretary of State for the Home Department [2003] UKHL 15

Back to the role of Clare, our activist lawyer and her motivation for acting. Lawyers advise on the criminal law as to whether a crime has been committed and thereafter, if convicted, putting forward mitigation by way of the facts before the judge.

Work was done in Glasgow to inform those activists of their rights in advance: https://www.scottishactivistlegalproject.co.uk/. The police supported by numbers from England and Wales were advised specifically on the application of Scots criminal law.

In conclusion, we can see from the activist role that there is the need for social justice to be realised. It applies equally to those who seek to exercise their right to protest – and to ensure that fairness and transparency of process is achieved for them. That involves human rights discussed above, access to legal advice, and equality. That means ensuring their right to a fair trial (Article 6 of the ECHR), access to justice being provided by the activist lawyer, and all defendants whoever they are being treated equally.

What may come back to W360 is that we as law students and lawyers wish to ensure that those involved in demonstrating on climate change are afforded their rights. And ultimately, no matter the outcome of their actions, that justice is seen to be done and those protesting  can see too that justice has been done. That means too that the important message about the rule of law is taken back to any place or country from where they have come about legal process in the United Kingdom – the hosts of COP26 and Scotland the home of COP26. We then in the legal profession have played our part.

[Thanks to Clare Ryan for her collaboration in this article.]