Reading in lockdown: The future of charity? 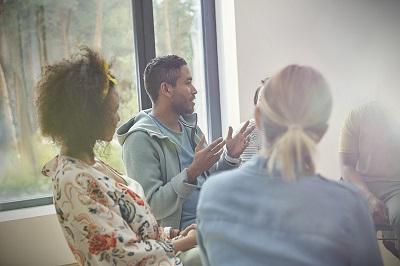 Carol Jacklin-Jarvis, Director of the Centre for Voluntary Sector Leadership, has taken inspiration from lockdown reading to consider the notion and role of charity in the 21st century.

When I worked in the voluntary sector in the 1990s, the word charity was rarely used – it was seen to be old-fashioned and somewhat patronising. I’ve noticed that the term has become more common recently in discussions of the voluntary sector – perhaps because it tries to convey the act of generous giving that is at the heart of society’s understanding of the sector.

Two recent books help the reader, whether student, practitioner or academic, to reflect on the work that the idea of charity is doing in 21st century society. Jon Dean’s The Good Glow and Ali Body’s Children’s charities in crisis were both written before the COVID pandemic but each, in their different ways, address key issues that are significant for reflecting on the idea and role of charity in the increasingly complex and unequal society that is developing in COVID’s wake. Body (2020) highlights the significant role that children’s charities play in providing early intervention services that promote child wellbeing in a context where state provision is increasingly under pressure. In the context of an increasingly marketized relationship between voluntary and state sectors, she explores the potential for a more collaborative and inclusive approach to commissioning. Dean (2020) also notes the changing relationship between sectors but through examination of the ‘special’ status that has historically been associated with charity.

Body focuses on charity as an organisational form and legal entity, but Dean points out that charity is an institution, an act, and an idea (2020, 155). As an organisational form the charity has a long history, but it is a form that is increasingly at the heart of contested questions in contemporary society – who will take responsibility for equality and social justice, and how? Who will (and indeed should) provide for the hungry, care for the environment, and give children the best start in life? And who pays and through what mechanisms? It is perhaps no coincidence that the term charity (with all its connotations of Victorian philanthropy) has come back into use at a time when statutory sources of funding are decreasing as a consequence of continuing cuts in local government resources (and this was before COVID).

The idea that acts of kindness, helping our neighbour, caring for others’ well-being, showing compassion, and giving (time and money) may all be key to societal recovery and change is clearly an important even essential one, and we have seen the importance of such acts in local lockdown. But it is crucial to ask the question as to how much responsibility charitable acts and institutions can be expected to take for developing a fairer, more inclusive society – in comparison to the state.

Both Body and Dean, like so many researchers in this field (myself included), are clearly supporters of the voluntary sector. As Dean says, it is hard not to appreciate the energy, generosity and passion that is at the heart of charity. But Dean also rightly encourages us to ask some hard questions of charity as an idea and charities as organisations. Examples of poor management, failure and abuse have come to the fore in recent years, and it has become a truism that the public no longer assumes that ‘charitable’ always means good. Yet, there is still a ‘good glow’ associated with the idea of charity that can sometimes mean that charitable acts and institutions convey an assumption of goodness that goes unchallenged. Moreover, charities have a role in challenging and contesting societal ideas and practices; they don’t all come from the same perspective; and their voices are at times in conflict – and perhaps should be if they are to find a voice for minorities and the marginalised.

In the context of COVID, Black Lives Matters and the ongoing consequences of austerity, it is perhaps time to re-visit the very notion of charity and the acts and organisational forms and practices that proceed from that notion. Reading Body and Dean’s books will help the reader to reflect on the significance of charity as an idea and just how that idea might best be critiqued, nurtured and enacted to ensure that the ideas and practices of charity that emerge post COVID are thoughtful and reflexive – in their strengths and in their limitations.