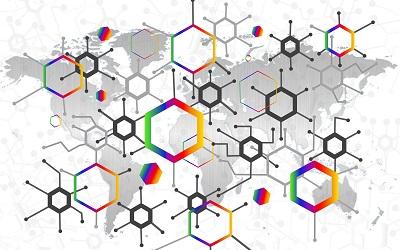 This blog was written for this series by Dr Anwar Halari, Lecturer in Accounting in the OU Business School. Anwar's current research is in the area of accountability and sustainability where he is investigating the role of accountants in the move towards sustainability, with a particular emphasis on the circular economy.

Other areas of research he is also involved in include corporate governance, Islamic finance, socially responsible investing and, political ties and firm risk.

The terms sustainability, climate change and Sustainable Development Goals (SDGs) are being widely deployed in a variety of settings, from mega-budget blockbusters that use narratives related to impending global catastrophes caused by the climate crisis, such as Geostorm, to the world’s first University Impact Rankings in 2019 measuring and ranking HE institutes' success in delivering the SDGs and their commitment to securing the future of our society. Even the major mobile-games makers, such as Angry Birds 2, have pledged to introduce environmental messages into their titles in a bid to educate gamers and engage them on environmental issues. If there is one conclusion that can be drawn from this, it is that the focus on sustainability and environmental issues is not a fad that will fade into oblivion, but we are in it for the long haul.

As we navigate our way through COVID-19, there has never been a better time to raise awareness of the world’s most pressing issues such as those referred to in the United Nations 17 SDGs, from poverty and gender equality to climate change. If anything, the global pandemic has exacerbated these issues to a new extreme and has exposed our current system, underpinned by capitalist values, that has allowed us to self-inflict most of these wounds.

COVID-19 may have inadvertently revved up universities’ steps towards sustainability by forcing them to venture into online teaching, resulting in a significant reduction in emissions and energy costs with campuses and offices being closed. During the crisis, universities had to rapidly innovate to address the unprecedented challenges. However, will this trend towards being sustainable continue in a post-COVID world? To capture the multidimensional nature of the SDGs, universities may need to do a lot more. From sustainability related research and scholarship, sustainable campuses to sustainable practices and operations.

September 2020 marks the five-year anniversary of the SDGs' launch and although the SDGs' impact has not yet been nearly as pronounced as one would hope, it has nonetheless provided the foundation for a changed and a “woke” society. Several initiatives have been launched across the sectors specifically designed to achieve the SDGs. For example, within the context of higher education, the Times Higher Education (THE) published its first University Impact Rankings in 2019 measuring and ranking HE institutes' success in delivering the SDGs. This laid the platform for universities across the world to choose to be recognised for their social and economic impact mapped against the SDGs.

Over 450 universities from 76 countries participated in this first ever ranking that evaluated performance against 11 SDGs. Universities were required to provide data on Goal 17 and had a choice of being scored on at least three other goals to be included in the ranking. This meant that different universities could be scored on different sets of SDGs based on their choice apart from Goal 17. THE expanded their ranking in 2020 to include all 17 SDGs where 768 institutions from 85 countries participated.

This initiative itself has the potential to help challenge the current university ranking systems which are highly skewed towards research publications and citations and will help focus on sustainable development within the HE sector.

By showcasing their rankings, universities are creating awareness of the sustainable development goals. Simply by broadcasting such rankings on their websites, universities can potentially lure prospective students into educating themselves about the SDGs. Exposure is key to making sure that these tasks are achieved and effectively implemented. Since the ranking was published, institutes were able to exhibit their commitment to the society and to a sustainable future. My own institute pledged to support the promotion of the SDGs through the UN Global Compact in its curriculum, research and operations.

Moreover, the ranking can help current student’s access their institutes’ dedication and engagement towards the SDGs and a better ranking can be seen as a testament for their institute’s commitment. They can see how their chosen university is tackling issues such as climate change, inequality, quality education and others. THE metrics also measure universities’ policy on issues such as the number of senior female academic staff members, the number of health profession graduates and research dealing with projects such as tackling microplastic.

Amongst other benefits of this new ranking, one aspect shines the most: The accountability and transparency of the actions of universities. Participating in the impact ranking can be seen as a more holistic form of disclosure by universities to highlight their efforts and sustainability strategies to deliver a sustainable future.

The ranking has a potential to implicitly hold universities to account and guide the executive management in terms of where it invests and what changes to pursue and how to evolve internal decision making for the better. In doing so, universities will have to improve their data collection, analysis and reporting which in itself is a big positive as being listed on this ranking will demand new data resulting in additional transparency initiatives. Any initiative that has the potential to improve accountability and transparency is a welcoming and crucial move in increasing the public value of the HE sector.

With student numbers – both domestic and international – set to plummet in the coming years due to COVID-19 disruptions, universities may have to “up their game” to make them more attractive to the environmentally-conscious students. Whilst the impact ranking has the potential to vocalise and galvanise the achievements of the SDGs, there may be a risk that this ranking is seen as merely a marketing tool by the universities to attract students.

Overall economic impact that universities have on society is difficult, if not impossible, to measure in a ranking system. Reducing highly diverse and increasingly extremely complex university operations into a single ranking system can be too subjective and susceptible to manipulation and misinterpretation.

What we need to avoid is such rankings being manifested by greenwashing practices without a deeper engagement with sustainable development, or delivering projects only to jump the ranking scales. It is vital that universities and businesses look beyond rankings or profits and have a wider social purpose. We need an evolution – an organic change in the mindsets of decision makers to foster better, moral and sustainable organisations that work to maximise human potential, human lives and the planet. Using an accounting analogy, if the climate crisis was ever a “doubtful debt”, it is time for it to be “written off”. And unlike Tenet, Christopher Nolan’s latest mind-bending movie, we do not actually have the technology (yet?) to reverse the flow of time and make amends in the past.