I recently had the pleasure of hosting the Belonging Project student event entitled ‘Studying while living abroad’.

This blog will describe the event I hosted and some of the issues and solutions we discussed.

The session, which lasted approximately 75 minutes, was an opportunity for students living abroad to discuss the challenges they face, to share their experiences and learn from each other. In total, 14 people joined from all over the world, such as the USA, France, Vietnam, New Zealand, Belgium and the Netherlands. For some people, it was 1am and 7am local time. Other people were in the UK, but had previously lived abroad.

In general, OU students face many challenges, but OU students living abroad face additional challenges. One of the main issues is living in different time zones and the time difference with the UK. 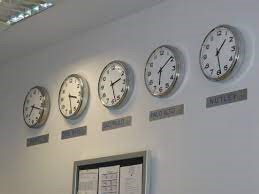 This is problematic for several reasons, such as attending tutorials, contacting the OU during opening hours, taking exams and attending events. Regarding tutorials, even though they are held during the day, the evening and the weekend, for some students tutorials still fall in the middle of the night, so they are either unable to attend or they have no choice but to attend them during the middle of the night.

One student shared that they were unable to attend their own tutor’s tutorials because of the time difference and that the tutor did not record the tutorials either, so they contacted the Student Support Team, who then switched the student to a tutor who gave tutorials at times that were suitable for the student. This may, therefore, be a solution for some students.

Attending events is also problematic. Unfortunately, for this event, it was impossible to find a time that suited all the students living abroad. One student who was living in Australia reached out via the LLB forum, asking if next time the event could be held at a suitable time for their time zone, as the event fell in the middle of the night for them.

Another issue is that there are no face-to-face tutorials or day schools abroad either, although one student mentioned that the OU used to have offices in EU countries in the past. The only alternative is for students to travel to the UK if they do not live too far, but that would lead to extra costs.

This is also an issue students living abroad face. When contacting the OU, they have to pay extra phone charges and when receiving books and printed material, they often have to pay customs’ fees. In order to minimise the costs, students could use the chat function whenever possible to contact the OU and use the Student Support Team forum instead of making a phone call. One student also suggested that the OU could give students living abroad a voucher to buy their books online in their own country in order to avoid customs’ fees and formalities. 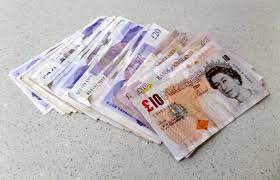 Another question that arose was how students can fund their studies abroad, as students living abroad do not have access to all the funding opportunities available to students living in the UK. One person suggested that for students who are also employed, they could ask if their employer would contribute to their studies.

Students living abroad might also have less career opportunities, so it was suggested to attend online Law Fairs, as it is a great way to network and interact with Law firms.

Last but not least, a major issue students living abroad face is feeling lonely and isolated. The top tip that was discussed was to interact with other students. This can be done by attending the Belonging Project events and by using the OU forums, such as the LLB forum and tutor group forums, as well as the OU Students Association (OUSA) forums.

Attending OUSA events and volunteering with the Association is also a great way of interacting with other students and can give a sense of belonging. Joining the OU Law Society and getting involved with Mooting is not only an opportunity to meet other OU Law students, but also a chance to gain skills that are useful for one’s studies, such as research and analytical skills.

To conclude, the session was a great opportunity for students living abroad to interact with each other and learn from one another and show that they are not alone. 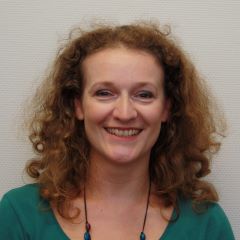 Isabelle Hoyet graduated with First-Class Honours for the Bachelor of Laws (Hons) degree with The Open University in the summer of 2022.

She is pursuing the Master of Laws degree with The Open University.

Alongside her part-time studies, Isabelle works full-time at an international court in the Netherlands.