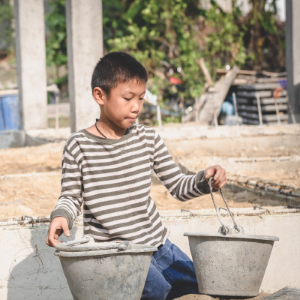 Over time, global issues change, and our collective focus moves with the times, the United Nation’s Convention on the Right of the Child is naturally a product of its time. The work to create a convention started in 1979, with the preceding UN declaration on the rights of the child from 1959, which in turn followed on from the League of Nations declaration in 1924.

The way we perceive environmental issues and our understanding of the threat from climate change has undoubtably changed in the last century, even in the last twenty years.

The Convention was a significant step for the recognition of children’s rights and took a decade of discussion and compromise to draft, finally being adopted in 1989. It is the most widely ratified human rights treaty in history with only one current State party (USA) not having ratified the convention.

However, as a product of its time, it has no single article focused on a child’s environmental right. In 2010 Veerman noted that ‘It is likely that had the Convention been drafted now, concerns with the environment would have been more reflected in the text of the Convention.’  The convention is not completely silent on environmental issues, two convention articles do contain mention, firstly in relation to health and ‘the provision of adequate nutritious foods and clean drinking-water, taking into consideration the dangers and risks of environmental pollution’ (Art.24(2)(c)) and in relation to one of the aims of education being to ‘the development of respect for the natural environment’ (Art.29(1)(e)).

How then have the UN’s monitoring body, the Committee on the Rights of the Child, been able to if at all, include environmental concerns in their monitoring process when there is no explicitly expressed right to a health environment within the Convention?

The Committee have an ability to ‘interpret’ the convention and over the years they have created ‘General Comments’ (GC) documents that enables them to express their views on specific topics, on how the convention should be interpreted, updating this interpretation as global knowledge and understanding develops. Despite there only being two convention articles (out of 54) with references to environmental health and none to climate change, the Committee has increasingly focused on and drawn attention to environmental issues and to climate change as a children’s rights issue in relation to other rights, and in December 2021 they started the consultation process on a ‘Draft General Comment (No. 26) on children’s rights and the environment with a special focus on climate change’.  The importance of this step must not be underestimated, and it demonstrates the increasing recognition of the UN in general, recognising that environmental issues are human right issues, for instance, in July of 2022 the UN General Assembly recognised that access to a clean and healthy environment is a universal right with no opposing votes and only eight absenting.

The Belonging Project lecture that this blog is associated with was delivered just before the 2022 World Children’s Day which fell only two days after the close of ‘COP27’, the world leaders’ climate implementation summit where António Guterres warned that the world is ‘on a highway to climate hell’.

The lecture focused on an analysis of all the Concluding Observation (CO) reports for the time period from 2000 till mid 2022, a total of over 450 reports. These are reports by the Committee to State parties in conclusion of the monitoring and reporting process that takes place periodically. These reports were analysed using content analysis, coding references to environmental and climate change issues, identifying which articles were being used to frame the concerns and recommendations made by the Committee. In the whole sample, seventy-three percent of the reports contained at least one reference to environmental health or climate change, despite there not being an overt right in the Convention text. In the last six years, this has risen to over eighty percent.

The most common theme for the Committees comments, mentioned in more than half of the reports, was the theme relating to access to clean (including unpolluted) water and to adequate sanitation.  This link between inadequate sanitation and the resulting environmental damage is fundamentally accepted, sadly however, in the recent joint report between UNICEF and the World Health Organization (UNICEF, WHO 2020) it was noted that despite sanitation being one of the Sustainable Development Goals (goal 6) that, ‘The world is alarmingly off-track to deliver sanitation for all by 2030’. Goal 6.6 is specifically focused on environmental issues to ‘protect and restore water-related ecosystems, including mountains, forests, wetlands, rivers, aquifers and lakes.’  The link to children’s rights and particularly to health (Art 24) is expressed by the Committee in the draft GC with the call for immediate action to: ‘Ensure access to safe and sufficient water and healthy aquatic ecosystems to prevent the spread of waterborne illness among children’ (Para 73(b)).

Closer to home, in the most recent CO to the UK (2016) it was air-pollution that was the focus for environmental concern with the comment that the Committee was ‘concerned at the high level of air pollution, which directly affects child health in the State party and contributes to the negative impact of climate change affecting various rights of the child,’. Here again, the concern relating to the environment and children is being reflected as a health concern.  The analysis of the CO reports demonstrates that climate change and environmental issues are children’s rights issues. They intersect directly not only with the right to health, but also with many other rights such as the right to life, and the right to leisure. Climate change has also been shown to exacerbate inequality which is likely to impact already vulnerable children disproportionately.

Environmental rights are not only relevant for children; however, the framework of children’s rights gives us a useful tool, a lens we can use to highlight the importance of environment rights; because as the UN expresses ‘climate change is the defining issue of our time’.

United Nations Committee on the Rights of the Child, 2016, Concluding observations on the fifth periodic report of the United Kingdom of Great Britain and Northern Ireland, CRC/C/GBR/CO/5, United Nations 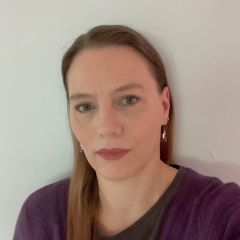 Fiona joined the Open University in June 2022 as a Lecturer in Law within the Central Academic Team. She is currently involved with modules covering a range of topics including, Criminal Litigation, EU law, Land law, and legal study skills.

Before studying law, Fiona’s educational background was in business studies which she studied part-time. As a student with severe dyslexia her educational journey has been less than traditional, and she is passionate about education being available and accessible to all.

Having competed the law conversion course and the Bar Vocational Course she was called to the Bar by the Inner Temple (2005), while working as a Magistrates Legal Advisor for HMCTS she subsequently undertook the cross qualification and was admitted to the roll of solicitors (2010).

She currently does not practice as a lawyer as she has focused on academic research and teaching in recent years, joining the University of South Wales to undertake her PhD and then continuing as a Lecturer in Law.