Is the end in sight for outdated weddings law? 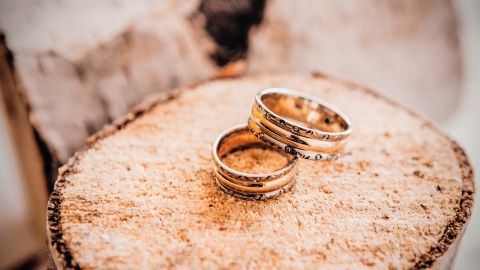 This is a summary of a guest lecture that Stephanie delivered to OU students on 4 October 2022. Details of Stephanie’s publications are available on Open Research Online.

I have been conducting empirical, mainly quantitative, research into the law governing weddings and related ceremonies in England and Wales (the law is different in Scotland and Northern Ireland) for six years, sometimes in collaboration with Professor Rebecca Probert from the University of Exeter. Rebecca is the specialist adviser to the Law Commission for its Weddings project, which produced a 470-page report, Celebrating Marriage: A New Weddings Law, on 19 July 2022. The report cites my research 19 times, and quotes from three of my responses to the Commission’s formal Consultation.

This post summarises the six of Celebrating Marriage’s 57 recommendations that are most closely linked to the issues I have researched.

The structure of the law governing weddings has not changed much since 1836. The emphasis is on the six types of place where people can marry: Anglican churches, register offices, approved premises (usually referred to as ‘wedding venues’), the registered buildings of non-Anglican denominations and non-Christian religions, and places where marriages can take place according to the ‘usages’ of Jews or Quakers. There is a strict dichotomy between religious weddings and civil weddings: nothing ‘religious in nature’ can be included in a wedding conducted by a registrar.

Rebecca and I designed questionnaires for couples and registrars to find out what elements couples requested, and what registrars would include, in civil weddings. Most of the 57 respondent registrars who answered those questions would instinctively not permit the most recognisable religious elements – such as the Anglican vows beginning ‘to have and to hold’, and the Jewish glass-breaking ritual. In practice, they might check whether something was religious before making a decision.

Celebrating Marriage proposes that civil weddings would be allowed to include religious and cultural content, provided that the former was not identical to any compulsory aspect of a religious wedding.

I conducted desk-based research into ‘minimal’ weddings – these are often known as ‘two-plus-twos’, because they involve only the couple, two registrars, and two witnesses. I explored 34 local authorities’ wedding-related websites in England and Wales. I recorded the ease of finding information about two-plus-twos, when those ceremonies were available, how much they cost, and the terminology used to describe them.

Hertfordshire’s website told me everything I wanted to know on a single webpage that I found within 47 seconds, but – after 15 minutes’ searching – I could not find any information about two-plus-twos on five websites. The time I spent navigating the other twenty-eight websites varied enormously.

The hardest aspect to investigate was availability. Two-plus-twos are available very infrequently in some local authority areas, and many are very vague about how many slots they offer each week – or even month. Using census data, and making a number of assumptions, I estimated that there are 928 people per slot per week in Powys, but 139,800 people per slot per week in neighbouring Herefordshire.

Only 20 areas provided a ceremony for the specified fee of £127; Windsor and Maidenhead’s cheapest ceremony costs £321.

The terminology used to describe two-plus-twos varied enormously, from the ‘statutory registration of marriage’ grudgingly offered in East Sussex to the ‘small and intimate ceremony’ you could have in Southend-on-Sea.

Celebrating Marriage proposes that the fees for a two-plus-two should be fixed by law because ‘cost should not be a barrier to marriage’, and comments that such a ceremony should be ‘meaningfully available to all who want it’.

I was invited by the Wedding Celebrancy Commission (WCC) to explore the work of independent ‘wedding celebrants’, who provide personalised, bespoke ceremonies that look and feel like weddings, but have no legal effect. Celebrants often blend religious and cultural elements to suit couples’ particular beliefs. The WCC made a significant donation to the University so that the research remained independent, and supported me in designing and administering the questionnaire.

Wedding celebrancy has grown massively in the last few years: the number of ceremonies conducted by respondents had risen from an estimated 1,368 in 2016 to 2,777 in 2019. If those numbers are extrapolated to the number of independent celebrants that there probably are in England and Wales, there would have been over 9,000 such ceremonies in 2019.

About 90% of the couples whose ceremonies had been conducted by respondents had already married, or intended to do so, so they were having to organise – and pay for – two events in order to be legally married and have the ceremony they wanted.

All except six of the 278 respondents would like to be able to conduct legally binding ceremonies, and recognised the need for formal authorisation and fees if this were to happen.

Celebrating Marriage proposes that the key focus of authorisation for weddings would switch from places to officiants, and sets out a framework that would enable a range of people, including independent ‘civil officiants’, to be authorised to conduct legally binding wedding ceremonies.

Rebecca and I explored the effect of COVID-related restrictions on couples’ wedding plans. Weddings were never formally banned, but the restrictions meant that only a very few ceremonies could take place during the first lockdown in March–June 2020, and those in the following months were subject to restrictions.

From the 1,449 responses to our questionnaire, we identified four problems that were made worse by the rigidity of the law: the formal legal preliminaries for all types of wedding; the fact that some places where outdoor weddings were permitted could not accommodate social distancing; the difficulty of booking civil weddings to take place after lockdown, because every ceremony requires the attendance of two registrars; and the lack of provision, even at the height of the pandemic, to enable couples to marry in socially distanced ways, or via video-conferencing.

Celebrating Marriage recommends permitting more preliminaries to be conducted online, requiring only one registrar to be present at civil ceremonies, and allowing delegated legislation to be made quickly to enable couples to marry during future  emergencies.

If these recommendations were implemented, they would make weddings law fairer and simpler, and my research would have contributed to that change in the law. 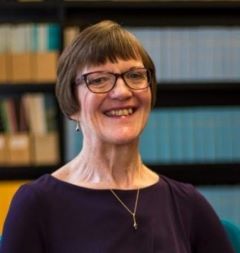 Stephanie Pywell is Professor of Law and Social Justice in The Open University Law School. Her 40-year association with the OU includes six years as a student, five as an Associate Lecturer and nine as a full-time academic.

Stephanie created and maintains the Law qualification guides and study websites, and all the Law undergraduate module guides. She won the OU Individual Teaching Award in 2019 for the 12 Introductory Steps to Law, which provide graduate entry students – who begin their study of Law at Level 2 – with essential background legal knowledge after about three hours’ work.

Stephanie’s diverse research interests include delegated legislation, the subject of her inaugural professorial lecture on 6 December 2022.