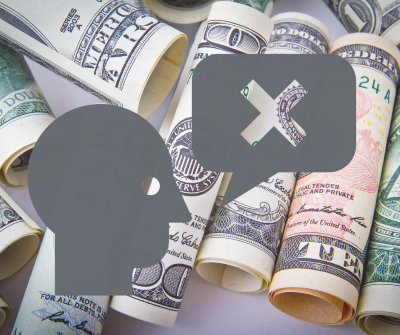 Depp’s claim was that the allegations of abuse were not true and that Amber Heard had constructed a “hoax” against him. NGN defended the claim and invoked the statutory defence of truth (s2, Defamation Act 2013), calling Heard as a key witness.

Depp lost this claim, but commenced a separate action for defamation against Amber Heard personally in Virginia.

He has since won on ostensibly the same heads of claim as in the English proceedings.

This post serves to explore a claim which has now arisen in respect of the English proceedings; did Heard perjure herself?

The allegation refers to the donation(s) Heard agreed to make after her divorce proceedings with Depp concluded. The statement she gave at the time said:

…money played no role for me personally and never has, except to the extent that I could donate it to charity and, in doing so, hopefully help those less able to defend themselves… the amount received in the divorce was $7 million and $7 million is being donated.

As for what Johnny says about my so-called “agenda” in marrying him – for financial benefit or to somehow further my career – that is preposterous. I remained financially independent from him the whole time we were together and the entire amount of my divorce settlement was donated to charity.

In Depp’s second witness statement in Depp v NGN, Depp characterised his relationship with Heard in the following way:

It was not until much later that I understood that she had an agenda, namely to get married to me in order to progress her own career and/or to benefit financially, and she knew how to bring it about.
[…]
I am now convinced that she came into my life to take from me anything worth taking, and then destroy what remained of it.

It has now emerged that Heard’s statement was, on the face of it, misleading. Under cross-examination from Depp’s lawyer in Depp v Heard, she appeared to admit that she had not completed her donations. She sought to explain this by describing the words “donated” and “pledged” as synonymous.

The question arises; did Amber Heard perjure herself in Depp v NGN?

Perjury is a criminal offence and is provided by s1 of the Perjury Act 1911.

S1(1) provides that perjury is committed when a lawfully sworn witness or interpreter, in judicial proceedings, wilfully makes a false statement, which they know to be false or do not believe to be true and which is material in the proceedings.

It is a serious offence which goes to the heart of the justice system because it undermines its purpose (see: R v Warne).

There are several issues which need to be examined:

Was Heard a lawfully sworn witness?

This may seem inexorable, but it is not. Heard was not “sworn” in the sense the oath (or affirmation) had been administered when she gave this statement. Rather, the statement she gave included a declaration: “I believe that the facts set out in this statement are true.”

This is a statement of truth and it is a requirement to provide one at Civil Procedure Rule (“CPR”) 22.1(1)(c). CPR 32.14 provides that where a witness statement is false, then proceedings for contempt of court may be bought.

So, is this enough to satisfy the first element? This seems unlikely unto itself.

A witness statement verified by a statement of truth is distinguished from evidence given by affidavit, which is sworn written evidence (Law, 2018). However, when Heard gave evidence from the witness box on day 10 of the trial, she was directly asked:

Ms. Wass QC: “…are you able to confirm that the contents of those statements is true?”
Heard: “Yes”

Taken together with her written statement, then, it appears Heard’s evidence as to her donation was given on oath.

Did Heard make the statement about her donation to charity in judicial proceedings?

This appears inexorable; Heard’s statement was given directly in relation to the proceedings bought by Depp against NGN.

Did Heard know the statement was false or did not believe it was true?

At face value, the answer must be “yes.” How does one not know if they have paid $7m to a charity they have pledged it to? It is possible, however, that Heard may not have known this at the time; for celebrities do not always manage their own money. Schrodt (2017) discusses that celebrities often have business managers to manage their money and ensure their wealth is invested and profits.

Of course, Heard’s donation was not an investment and so she could never expect a return. It is also known that the donation to charity was not binding and, was in fact, agreed to be paid over a period of instalments.  ACLU and Heard have confirmed this during the current proceedings.

However, it is possible that Heard does not (or did not) manage her money and, as a result of its mis-management by business managers, she is unable to complete her donations. Indeed, she says herself that she is prevented from completing the donations having been sued by Depp. It may be that Heard was already losing money prior to being sued by Depp and the remaining assets she had were required to cover lawyer’s fees which, in defamation particularly, are notoriously expensive (Warby J, 2015).

Ultimately, there is not enough information to know whether Heard knew her witness statement was false or did not believe it to be true.

Was the statement material in the proceedings?

Heard’s donation does not appear to be discussed in the trial transcripts and she does not appear to have been cross examined on it. Moreover, it is only mentioned once explicitly by her and only implied by Depp in support of his case that her allegations were a conspiracy against him.

In the trial judge’s opinion, there were eight factors which were referred to which were said to impinge on Heard’s credibility. None of them referred to a failure to pay her donations.

There was, however, on day six of the trial a discussion on Heard’s legal team obtaining Depp’s financial records because the allegation that Heard had merely invented a hoax was “so central” to the case.

Your Lordship does not need to worry about this, because you only need to decide, did Mr Depp hit Ms Heard or not? How Mr Depp pieces that together after the event in his own mind is another matter.

The Court of Appeal accepted that Heard’s statement, taken at face value, could be misleading. However, the direct reference to the donations was “fairly peripheral…” [42] and even if it had been established Heard had lied about it, it had no influence on the judge’s overall finding that Depp had indeed abused her.

“Although in one sense the Judge’s conclusion involved him accepting that Ms Heard was a credible witness, it is important to appreciate that he did not proceed by making some overall assessment of her credibility which he then fed into his conclusions on the individual incidents; indeed, as noted above, he found that various submissions made on behalf of Mr Depp challenging her general credibility did not assist him.”

Put briefly; regardless of what Heard did or did not do with her divorce settlement, this had no effect on the judge’s overall conclusion that Depp had abused Heard and that, ultimately, she was never asked about it.

Whilst some elements of this offence may have been met, it seems that the final element is not. Therefore, Heard did not commit perjury.

Unfortunately, the trial judgment has been mis-represented with the judge’s comment that Heard was not a “gold-digger” interpreted as a key finding of fact.

It was not. It was a comment the judge did not need to make, and perhaps he should not have. Nevertheless, it was made after he had considered each incident on its own merit and found for Heard. 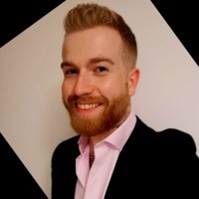 Nick is a part-time W202 student. He began studying in 2019 and will complete his degree in 2025. By profession, he is a senior manager in financial services and a semi-professional media composer. His legal interests include: public law, crime, and tort. He hopes to pursue those interests in a professional legal career after completing his under-graduate studies.