Immigration law – and Brexit! – are prominent themes at Belonging Symposium The Windrush generation scandal was dominating the news agenda to aptly coincide with the OU Law School’s interdisciplinary Belonging Symposium.

Academics from across the University, as well as the UK and Europe, attended a sunny Walton Hall campus last Wednesday and Thursday (18-19 April). They were representing social science disciplines ranging from law, business and political science to history, geography, sociology and communications, with their research all connected to broad ideas around belonging.

The Symposium, funded by the Citizenship and Governance research area, saw 21 papers delivered by 22 delegates with the research focused on Germany, Australia, Greece, Afghanistan, Sweden, Denmark, Russia and other post-Soviet states as well as the UK.

Issues under discussion were as diverse as citizenship and identity, colonialism and governmentality, austerity and community, cultural property and memory, nationalism and post-nationalism, migration, religion and tradition, gender and masculinity, rights, politics and ideology, agency and criminal responsibility, performance and shame, plus Brexit, the rise of populism and nationalism, and the refugee crisis.

With appropriate timing, there was an interrogation of UK immigration law as Neil Graffin analysed the outsourcing of immigration checks to ordinary citizens under the Immigration Act 2014 and 2016, while Sara De Jong discussed the treatment of locally-engaged civilians who had worked for the Armed Forces in the conflict in Afghanistan.

One of the other unsurprising themes was Brexit and the wider UK economic context of austerity. Harriet Bradley addressed changing social class formations in local communities in Bristol in the current climate, while Leslie Budd discussed the complexities of English belonging around the 2016 EU referendum. Carol Howells and Edwin Parks tackled the impact of Brexit on belonging across the UK’s four nations with a focus on constitutional questions around devolution to Scotland and Wales.

Joint organiser Simon Lavis said: “The range of methods, approaches and subjects meant for fascinating presentations, stimulating discussion, and the discovery of some surprising and thought-provoking connections between them. The papers and discussions confirmed the view of the Law School’s Belonging research group that issues around belonging are currently both at the centre of a lot of academic concern and research and are crucial for understanding recent developments in the UK, Europe and the world.”

Read more of Simon’s thoughts here, while the conference programme and book of abstracts are also available. 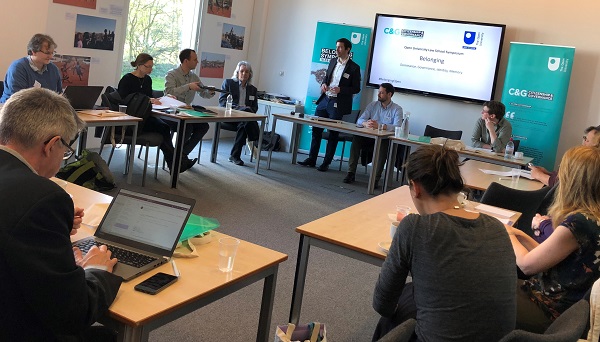