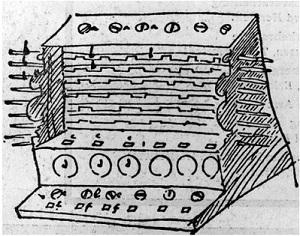 On the 8th April 2021, The Open University Law School, with the Law, Information & Technology (LIFT) research group and the Kent Law School Equity and Trusts Research Network (ETRN), hosted an afternoon webinar to explore and discuss the law of equity as we find it within emerging technological domains in the twenty-first century.

This is how we pitched the event:

This exciting and ground-breaking interdisciplinary seminar explores interpretations, intersections, and tensions between the law of equity and new technologies. Combining equitable doctrine and principles, speculative theories, critical fields of thought, and futurological perspectives the seminar will offer radical insights into a techno-equitable future.

Technologies have long amplified the reach and transformed the character of rules and laws by exposing them to algorithms and intermingling them with code to create alternative systems and networks of governance and regulation. This meshwork of legal and computer code, jurisdictional and networked practices, human and machinic interfaces exposes new questions and problems for equity. But equity also offers an important lens through which we can analyse and better understand technologies. New technological horizons promise a greater and far more sophisticated optimization of human life and systems than classical computing has achieved. Quantum computers and advanced artificial intelligence will be capable of reasoning, rationalization, simulation, and justification that is truly alien to human understanding. As a last vestige of human discretionary advantage, equity may be subsumed by new machinic intelligences or destroyed by them, or it may emerge anew and tell us inescapable truths about humanity’s relationship with its machines.

Legal and non-legal scholars joined us from across the nations of the UK and Europe, some specialising in equity and some not, but all with a valuable and critical commentary on equity and new technological horizons. The discussions across the two panels and in the final open session were lively and wide-ranging, encompassing themes and characteristics long associated with equity, including remedies, property, conscience, fiduciaries, and contractual performance. Importantly, however, these were themes and characteristics that proved under-theorised in terms of new computer and information technologies and systems, including artificial intelligence (AI), distributed ledger technology (DLT), cryptoassets, and smart contracts. The contributions made by all speakers at the event were crucial in highlighting areas in which we need more work done to help understand better how equity fits into the Information Age.

In many respects, the role equity is already playing and will continue to play shaping new technologies that fall foul of existing laws is a reminder to us that equity has always done this. Equity might, itself, be interpreted as a technology in this sense. Since the rise of industrial capitalism in the nineteenth century across common law jurisdictions both in the UK and settlor nations such as Australia and the United States, accompanied, as it was, by dreams of innovation and technological progress capable of transforming society to the good (but often for ill), equity has been a point of reasoning and justification.

The financial, proprietary, and transactional expansionism of machinic capitalism was a blunt and brutal source of so-called progress in the common law world during the last two hundred years. And the common law world has not been afraid to impart notions of progress with increasing speed and legal dexterity throughout the globe. Equity has not demurred this scene of economic transformation and largesse, but often provided direct, influential, and, at times, arguably amoral, ways to get the business of the day done.

As brutal capitalist tendencies appeared to retreat in the face of more subtle neoliberal, market solutions in the latter half of the twentieth-century, equity has continued to be a presence and, sometimes, a stimulus. The contemporary industrial age is informatic and agile by design. Data, protocols, and algorithms are the machinic equivalents of the engines that powered capital’s conquering rise.

If we accept law’s supporting role in capitalism, where equity’s contributions as trusts and remedies are far more than mere supplements or glosses to the cause, then it is imperative to know equity’s position regarding today’s machines. The LIFT and ETRN event was a move towards a better understanding of the consequences of our techno-equitable future, but there remains plenty of work to be done.

Searching for effective equitable remedies in the age of AI creativity

Tokens of Equity or DLT as performance engine