In “The Rule of Law”, Tom Bingham identified access to justice as a core principle of the rule of law:

Means must be provided for resolving, without prohibitive cost or inordinate delay, bona fide civil disputes which the parties themselves are unable to resolve.

Can court fees ever be consistent with access to justice and the rule of law?

In this essay you are asked to consider if court fees can be consistent with the rule of law. You might want to look at the court case of R (on the application of UNISON) v Lord Chancellor [2017] UKSC 51. In this case the Supreme Court held that employment tribunal fees were unlawful because they prevented access to justice.  In your essay you should discuss the impact of the increased court fees on individuals seeking access to justice, prior to this ruling. However, you may widen your discussion to also discuss the possible impact that enhanced court fees might have in other areas of law – for example – divorce proceedings. You should also consider whether court fees, in general, prohibit access to justice.

You may wish to consult Tom Bingham’s own writings on the rule of law. This essay requires you to do research beyond the module materials of the Open University’s undergraduate law modules. However, you will find substantial commentary on the issues of this essay in newspapers, journal articles and other scholarly sources of information. 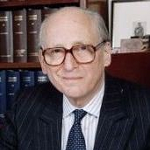 The Rt Hon the Lord Bingham of Cornhill (1933-2010) was a British barrister and judge (pictured). He served as Master of the Rolls, Lord Chief Justice and as Senior Lord of Appeal.  He had been described as ‘one of the world's most acute legal minds’. In 2011 his book The Rule of Law won the Orwell Prize for political writing.

Competition rules, eligibility and further guidance on how to submit entries is available online. A certificate of own work must be submitted with all entries.

The prizes for the winner and runners-up will be awarded on Tuesday 17th April 2018 at Church House, Westminster London. These have kindly been donated by Lord Bingham’s former chambers. Fountain Court Chambers are a long established and substantial set of commercial barristers, based in the Temple, London and have a distinguished record of being involved in cases making new law. As well as an award winning chambers, Fountain Court offers a very attractive Training and Pupillage Award to the best and brightest candidates regardless of their background.